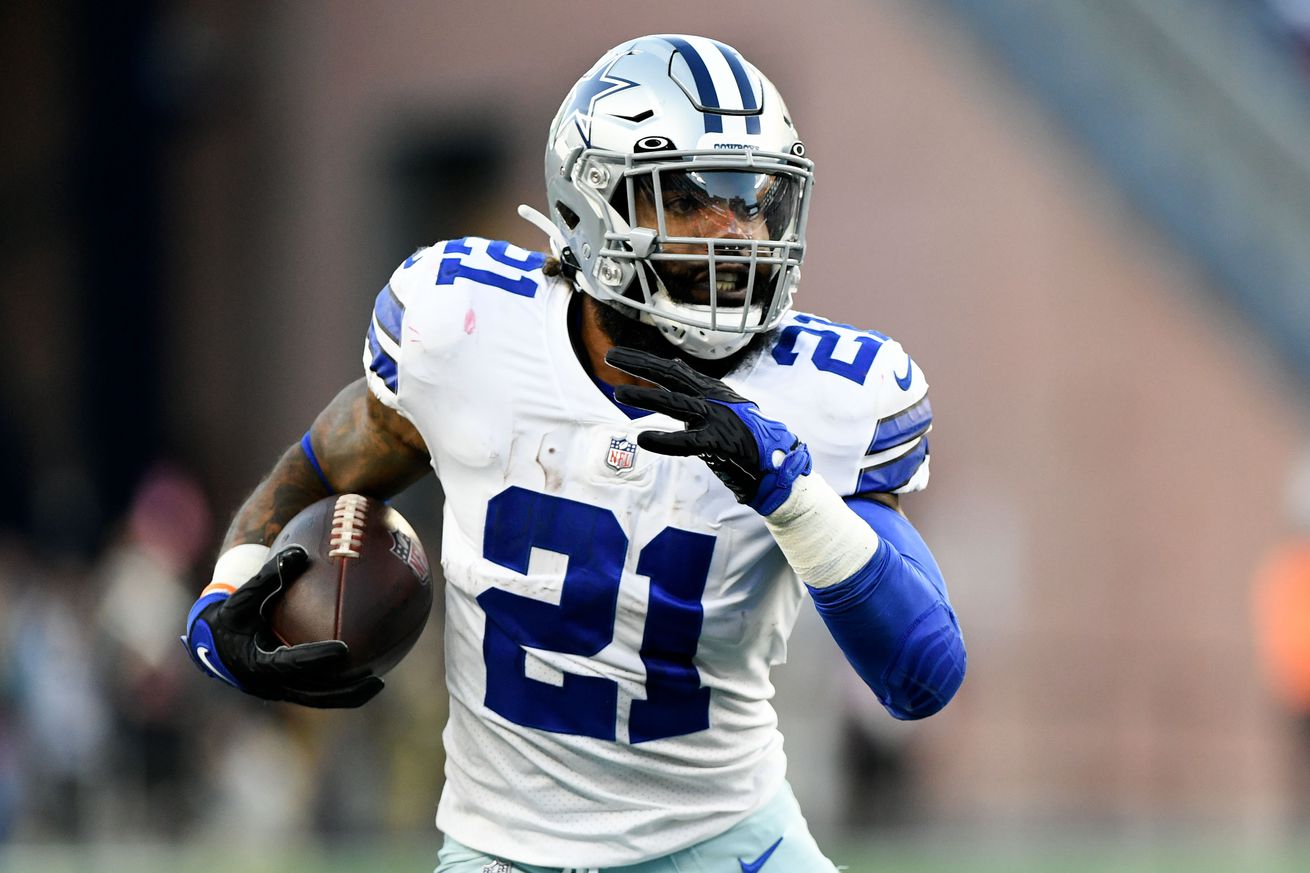 Offense continues to rule all in the NFL.

When you look at the remaining schedule for the Dallas Cowboys, even as someone who is pessimistic about the team, it is difficult to find a ton of games where they will be challenged as far as prospects of victory are concerned.

Obviously anything can change. This is the NFL where the Tennessee Titans can lose to the New York Jets, and just to turn around to defeat the Buffalo Bills and Kansas City Chiefs in the following two weeks. In terms of how things look right now, entering the final week of October, Dallas should be favored in most of their remaining games.

But what exactly does that mean? Should they win? If so by how much? Why?

These are all valid questions that we seek to answer every week with this particular exercise.


Every week here at BTB our own Aidan Davis helps us take a look at the team’s remaining schedule through the lens of Offensive EPA/Play and Defensive EPA/Play Allowed. You can see our study from last week right here.

As this is a weekly discussion, there are weekly changes because every team (except for those on bye) plays a game every seven or so days which means that things move in one direction or another.

While the Cowboys themselves were on bye last week. none of their remaining opponents outside of this week’s in the Minnesota Vikings were. As is the case, their remaining schedule looks rather promising as far as their chances on offense are concerned. 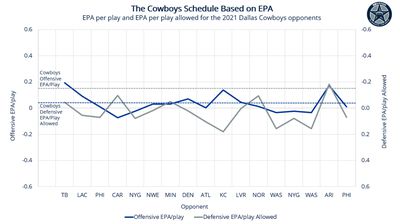 We are comparing colors to colors here. A breakdown:


The Arizona Cardinals defeated the Houston Texans with ease on both offense and defense last week and as a result their Defensive EPA/Play Allowed now actually gives them a theoretical advantage against the Cowboys offense, but it is highly likely that the Cardinals will regress in this capacity before Dallas hosts them in Week 17.

Speaking of regression, you can particularly see how the Chiefs offense dipped following their three-point outing against the aforementioned Titans. Kansas City had a better Offensive EPA/Play than the Cowboys (look at where the solid blue line is for them) entering last week and are now below Dallas.


We focus so much on the Cowboys offense and rightly so given that it is the lifeblood of this team, but the team’s defense deserves their fair share of discussion here.

Many have noted that Dallas is opportunistic on defense and that they aren’t exactly an elite group from start to finish in a given game. This is a contention that many agree with, including myself, but what is noteworthy about them is the quality of the offenses that they are going to be facing across the rest of the season. Only being “opportunistic” seems like it will be enough given that the average remaining Offensive EPA/Play (look at the solid blue line) for Cowboys opponents is only a third of their own Offensive EPA/Play.

Perhaps the most interesting thing is where teams like the Denver Broncos and New Orleans Saints stack up in this particular measurement. The common eye test would suggest that both of these teams, as just two examples, are not exactly threats to the Cowboys, but they are technically more in the mix for a win than other squads on the schedule like the division rivals or Atlanta Falcons.