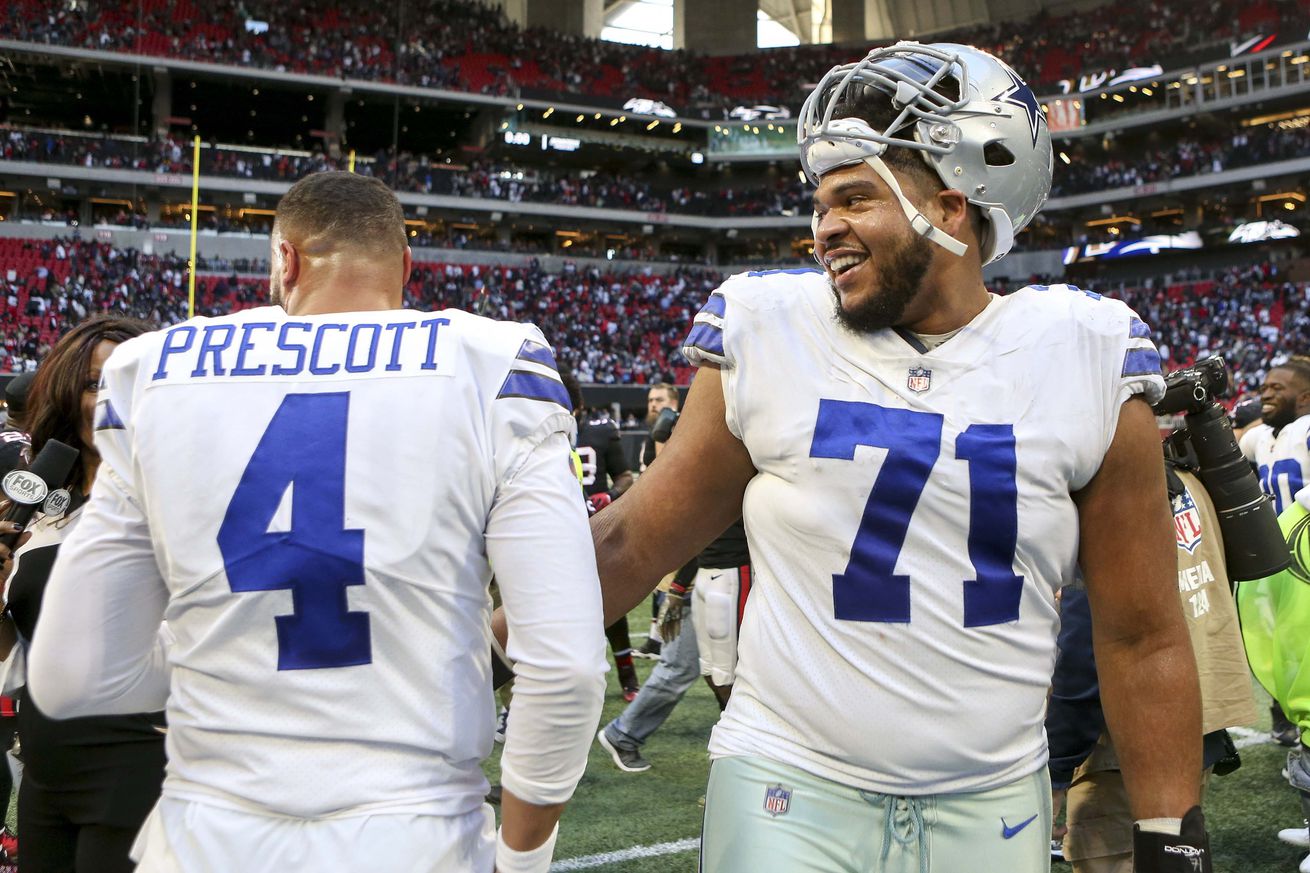 An update from the head coach as the team returns from bye.

At long last the Dallas Cowboys are back at practice and getting ready for a game for the first time since prior to their bye. Much has changed for the Cowboys roster-wise since they last played a game and Wednesday’s practice participation reflects that.

Of note is obviously the calf injury that quarterback Dak Prescott is dealing with. Generally speaking, reports have suggested that Prescott will be fine enough to start on Sunday night against the Minnesota Vikings and head coach Mike McCarthy said that Prescott will participate in individual drills on Wednesday before being evaluated further.


Mike McCarthy says Dak Prescott will work through the individual periods of practice today, and then he’ll be evaluated as the Cowboys move into the team portions of practice.

MM said in 2014 Aaron Rodgers had a calf stain late in the season.

— Calvin Watkins (@calvinwatkins) October 27, 2021​
McCarthy also noted that his former quarterback Aaron Rodgers dealt with a calf strain late in the 2014 season. Yes, that season. Yes, in the Divisional Round. We all remember it well, unfortunately. Sometimes we are all reminded at just how surreal it is that Mike McCarthy is the head coach of the Dallas Cowboys.

Moving on, McCarthy also noted that Dorance Armstrong, Kelvin Joseph, Trysten Hill, and Michael Gallup will participate which had previously been reported. What was particularly interesting was that he also mentioned the returning La’el Collins and how the team’s right tackle will also see work at guard.


Mike McCarthy says they’re going to start with Terence Steele at tackle this week, but they plan to give La’el Collins a lot of work at practice — including at guard.

Again, no indication of what that means for Sunday. Definitely interesting, though.

— David Helman (@HelmanDC) October 27, 2021​
For those who do not remember Collins’ first experience with the Cowboys came at left guard when he first joined the team in 2015. As time went on he floated out to right tackle, and while it makes sense for him to resume his starting spot there, the reality is that Collins has played one out of the last 21 games for the Cowboys (the entire stretch that McCarthy has been head coach of the team). He has not exactly proven himself to be a reliable player and the Cowboys are seemingly making him earn back his starting spot.

This week’s depth chart for the Cowboys technically does feature La’el as a reserve option at left guard behind Connor Williams. Terence Steele has been impressive at right tackle, but there was an assumption that Collins would take over that spot again. Perhaps the Cowboys feel differently or they have some plans we are unaware of at the moment.